There were various other logistical time investments; at no point was I working under ideal studio conditions, and therefore had to cobble together a proper work environment. I won’t bore you with those details…

…though factoring that in, as well as tracking down and assembling the frame and matting, I easily spent another 5 hours or so. In the end, I feel comfortable saying that this project took me at least 50 hours of skilled labor.

With that in mind, I still could have used more time. The deer, for example, could have been vastly improved, but the fact that it wound up rather muted worked well to put the focus on Josh…

…who I also would have spent more time on…but, in the end, his spirit comes through, and that’s what this was all about to begin with.

Breakdown
I spent the first 12hrs mainly on the deer head, and some of Josh’s sweatshirt.
After that, about 5hrs between his pants and adding the second antler.
Next I moved to Josh’s left hand, which took about 4hrs.
Lastly, I finished up his right hand, and then moved on to focus on his face, which took another 7-8 hrs. 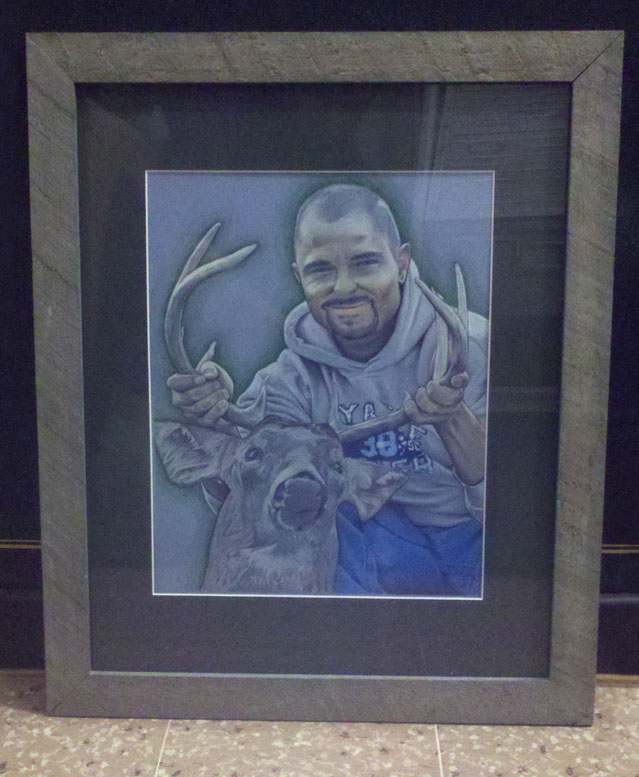 Do you Dig it? If so, please make a contribution. Archetypal Images relies on your $upport to keep up the good work!

Jump on in--I'd love to hear what you think! Cancel reply